Freemen's student Adam has qualified for the National Finals of the ESAA English Schools Combined Events, which take place in September.  In the U17 age group, this is a two-day octathlon featuring long jump, high jump, discus, javelin, shot, 100m hurdles, 400m and 1500m.

To get to the finals, Adam has been putting in many hours of training each week since the start of the season, even through his GCSEs, dividing his time between the eight events as best he could. He won the Surrey Schools competition in May, but to qualify for nationals he had to perform well at the South East regional competition in in June.  The South East is an exceptionally strong region, with the event contested by teams from Surrey, London, Kent, Berkshire, Sussex, Hampshire, Berkshire and Hertfordshire.  Only the winning county team plus the top two individual scorers per region qualify automatically for the finals.  The remaining nine places are awarded to the next best scoring athletes nationally. 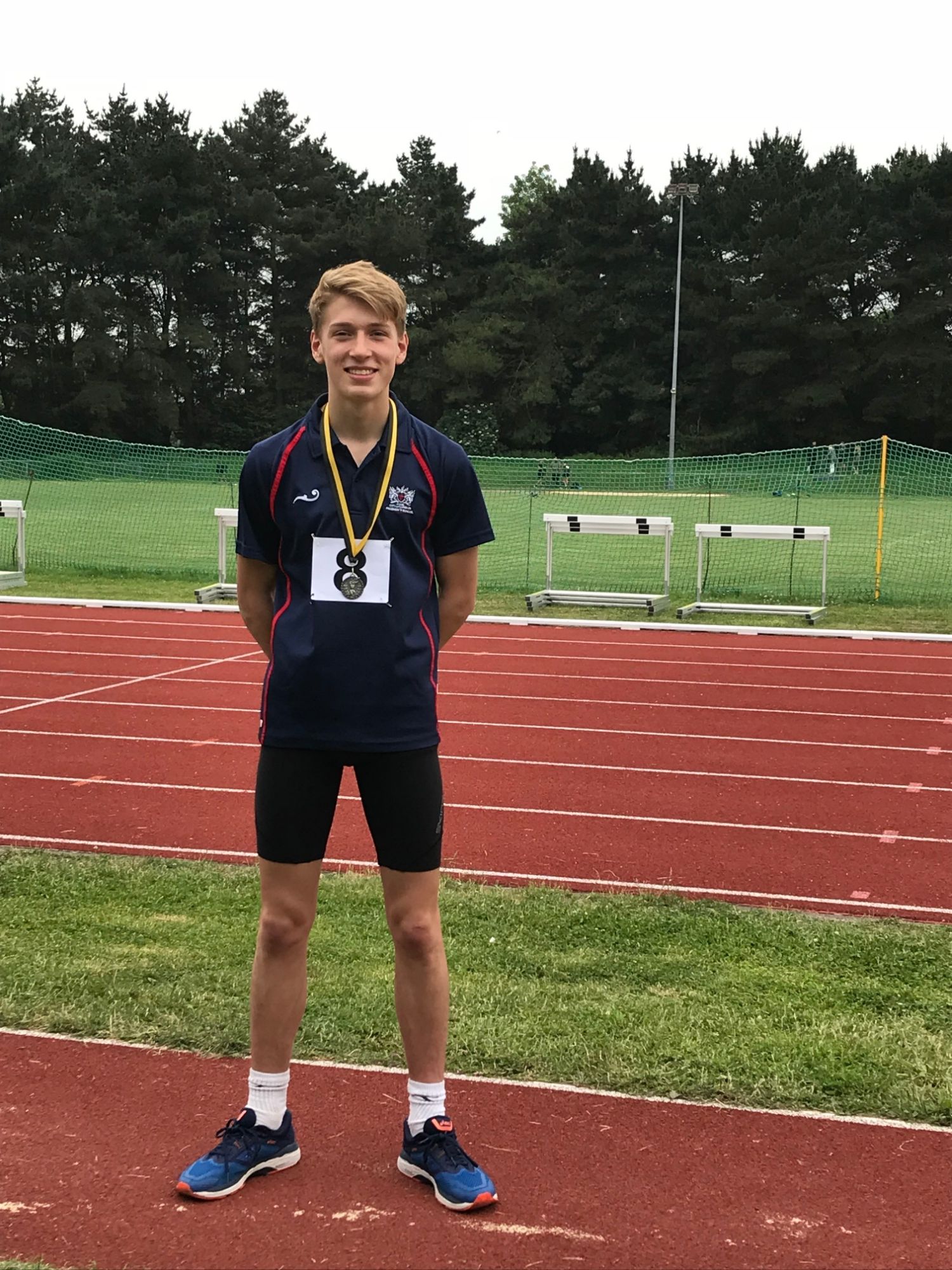 Adam performed strongly over the two days, setting personal bests in hurdles, 400m and two of the throws.  However, with his long jump not having gone to plan, going into the final event, the 1500m, Adam knew he needed a really big points score to secure qualification.  He took the decision to lead the entire race from the front, winning the race in a new personal best time of 4:32.8, adding over 700 points to his overall score.

As Kent won the team competition, Adam had to wait four days until all the results from around the country were announced to see if his overall score was enough for one of the individual places.  He is of course really excited to have been selected and to have the chance to compete at national level.