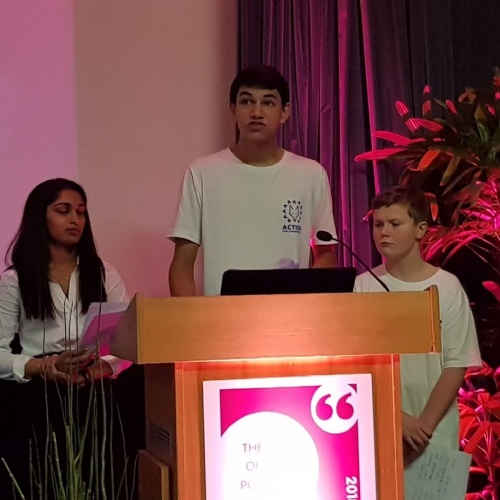 Inspiring the next generation of nature conservationists

As a youth ambassador for Action For Conservation, Joshua M (U5) spoke at the annual charity conference in October. Encouraging young people to take an interest in environmental issues, the charity hosted the inaugural youth satellite event at which the young delegates discussed issues of environmental communication. Alongside his fellow ambassadors, Joshua then presented the key findings at the main conference to an audience of non-governmental organisations, environmental campaigners, policymakers, and the media.

“Being as passionate as I am about conservation matters, both attending and being part of the Action For Conservation conference was an incredible privilege. Not only did I develop my public speaking and team working skills, I also enjoyed attending thought-provoking and powerful talks, including from the makers of the Blue Planet and Planet Earth series.”