Dalia: "Don't put too much pressure on yourself"

Dalia gained one 9, seven 8s and two 7s in her GCSEs

“I do tend to put a lot of pressure on myself so I was extremely happy and shocked that all of my hard work has paid off.”

Dalia will go on to study her A-levels here at Freemen’s and she is looking forward to studying Psychology which will be a new subject available to her in Sixth Form. She also looks forward to meeting the students that will be joining the school this year as well as the idea of exploring the new found independence in Sixth Form.

All of her teachers and especially Mr Auld, the head of year, have been a massive support system to her throughout her exam period and Mr Auld, she said, was always checking up to see how everyone was coping. Dalia mentioned how she had chosen a couple of coursework based subjects and so had this stress aside from the exam period but the constant help from teachers made this work completely achievable. 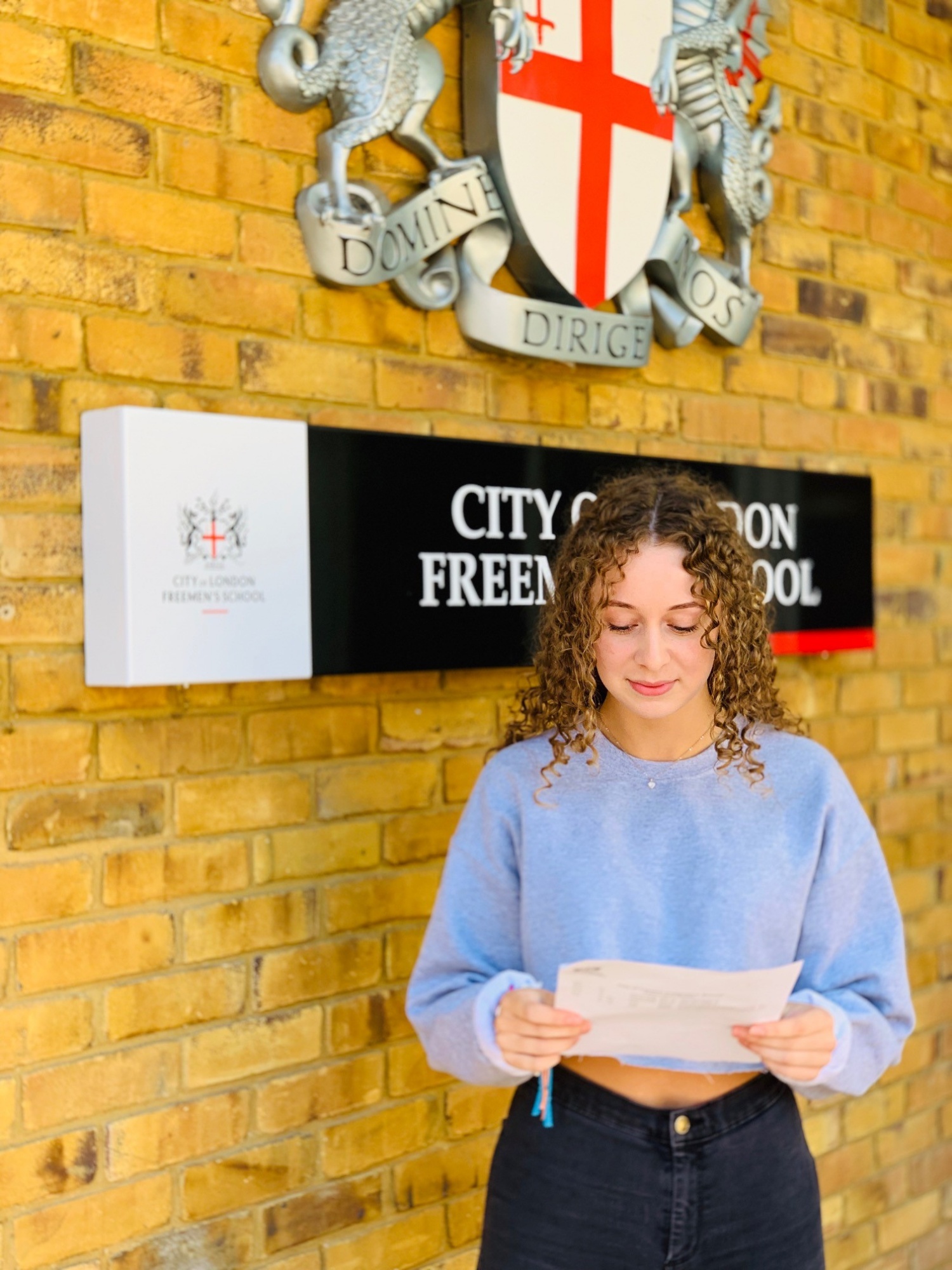 Dalia joined Freemen’s in Upper 3 and since then, she has gone on some PGL trips and really enjoyed them as it gave her the opportunity to bond with not just her current friends but the rest of the year.

“I would say that I definitely struggled when I was deciding on what I would study for my GCSEs, however Mr Auld was very supportive and told me to commit to whatever I wanted to do and give it my best shot and his advice could not have been any better because I really enjoyed my subjects and am so pleased with my results.”

Dalia completed her Duke of Edinburgh Award (DofE) during her time here so far as well as playing hockey in a team, which she claims has massively helped relieve stress throughout her studies, and she will definitely continue to play during her time in Sixth Form.

In regards to advice to next year’s GCSE students around coping with exams, Dalia suggests “Do not put too much pressure on yourself and try not to worry if one exam does not go how you had hoped, try and move on and don’t let it demotivate you for the rest of your exams.”