On Tuesday 27 February, Freemen’s sent four Lower 5 pupils to London for the day to compete in a City of London Schools debating contest, along with five other City schools.

Our pupil representatives were: Tom Ade-Parsons, Freja Forrest, Samuel Clegg and Jad Araj. The debating topic was: ‘This House would give the EU its own army.’ Pupils were allowed to prepare in advance, and the Freemen’s pupils’ efforts clearly paid off – their research formed the backbone of some excellent debates. The competition was extremely close but Freja Forrest’s team was voted to have the most convincing argument overall. 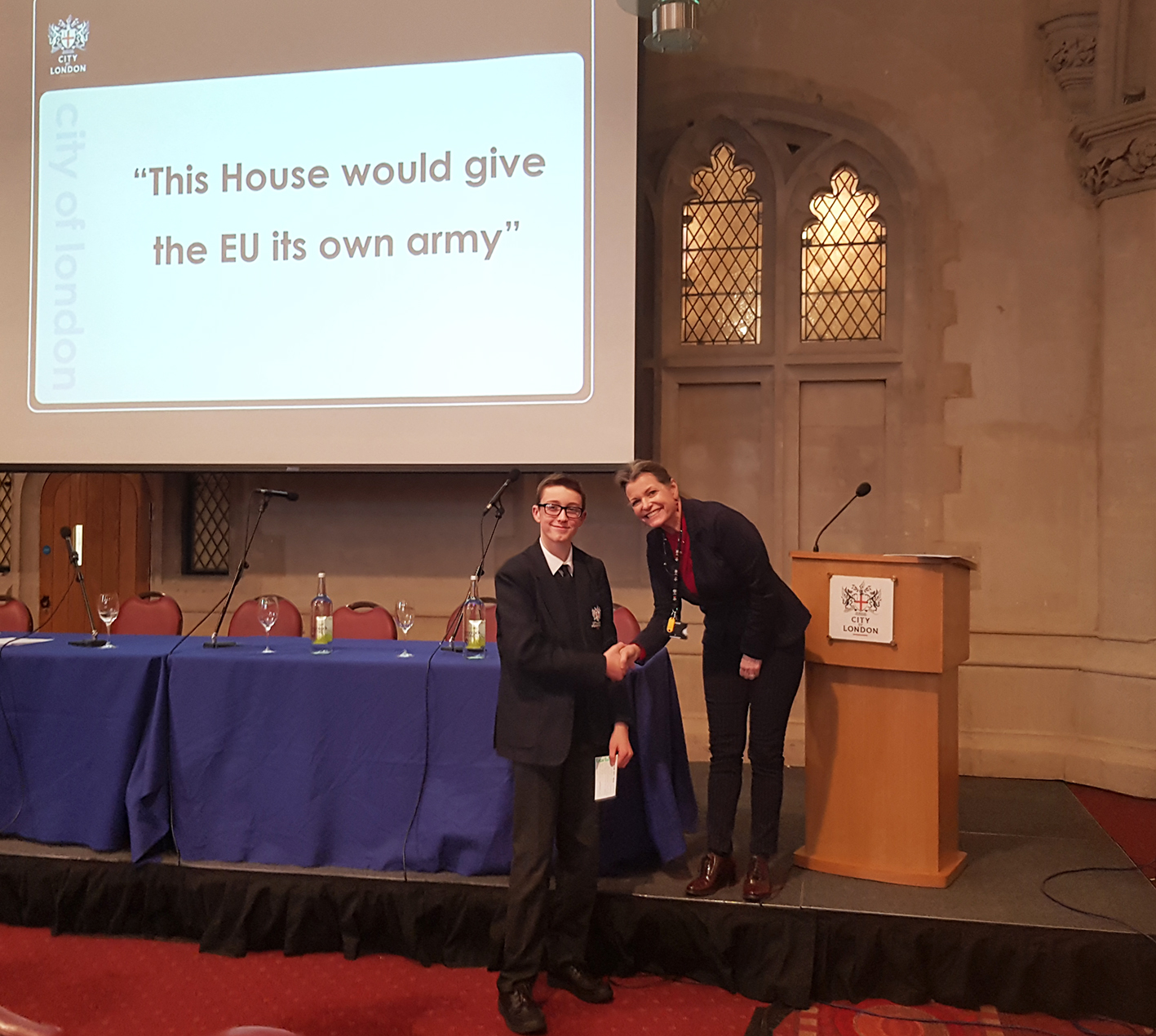 Samuel Clegg, however, in a closing speech that ended with unrivalled applause, won the award for ‘Most entertaining speaker’. Overall, the Freemen’s debaters performed brilliantly, and it was clear that their dedication in attending weekly debating club sessions has paid dividends. Well done to all!