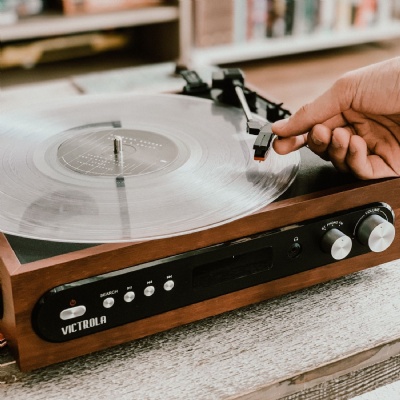 As part of Freemen's Let’s Stay Connected, our Music Department are asking the Freemen’s family to talk about their favourite pieces of music in a Desert Island Disc feature.

The first part of this feature sees our Head of Boarding, Jemima Edney, talk to us about how classic and choral music has been part of her life and which three are some of her favourite tunes and why.

Brahms, Ein Deutches Requiem
In a parallel universe away from Freemen’s I do a great deal of singing, particularly choral and singing this in Truro Cathedral with the superb St Endellion Festival Chorus and Orchestra is a highlight of my musical life.
Undoubtedly one of the best choral works ever written and easily on a par with Mozart’s Requiem. Incredibly atmospheric melodies, harmonies and textures, deeply moving setting of the religious texts. A persistent timpani motif that brings to mind a funeral procession or for me, particularly in this Easter season, brings to mind the sound of nails being hammered into the cross. The section I’ve chosen here is the second movement, but honestly, the whole piece is full of rousing tunes so listen to the whole thing.

Britten, Peter Grimes
As a child I went to a cathedral school where I was introduced to a huge amount of choral music, and the music of Benjamin Britten made a particular impact. Tuneful and easy to sing but at the same time discordant and musically challenging. It’s a common misconception that Peter Grimes was Britten’s first opera; it’s actually the second, but the first, Paul Bunyan, is widely recognised as being terrible. I chose to write about how Britten moved from operatic car crash to triumph in my finals dissertation at university. Britten’s depiction of the sea and life in a seaside village is so vividly recreated in his music and I really  encourage you to listen to all of the 4 Sea Interludes too, which also work as a stand-alone piece.

I was incredibly privileged to have been in the chorus for the St Endellion Festival production of Grimes in 2008, conducted by my dear friend Richard Hickox who sadly and unexpectedly died later that year. If he could have known, I think he would have chosen Peter Grimes to have conducted at his last festival as he adored the sea and the music of Benjamin Britten. The extract I’ve chosen is from the movement called Sunday Morning. I love the way the music depicts the gossiping villagers arriving for church.

Orff, Carmina Burana
Apparently as a very small child I used to ask to listen to this at bedtime. If you know the setting of the piece, (I won’t tell you about it here but you can look it up) you’ll understand how this probably made me a very unusual child. But whatever you think about it there’s some pretty awesome music in here, like the Brahms, very rousing, but perhaps more raw and wild. You probably will have heard the opening of the piece, O Fortuna, as it’s being used in everything from TV ads and films to computer games and sporting events. The movement I’ve chosen here is called Were diu werlt alle min and I came in to my wedding to this tune. My husband is a brass player and we were lucky enough to have a band and choir of professional musician friends to perform.