The School celebrated the career of our Director of Music Mr Paul Dodds last Thursday evening with a wonderful farewell concert. Paul leaves the School at Christmas after 34 years to retire.

Thank you for the Music

The farewell concert, Encore! welcomed over 230 people from the Freemen’s community to the Music Recital Hall for a spectacular show with performances from staff, current pupils and Alumni. Former Headmasters Mr David Haywood and Mr Philip MacDonald joined Mr Roland Martin for this special occasion. 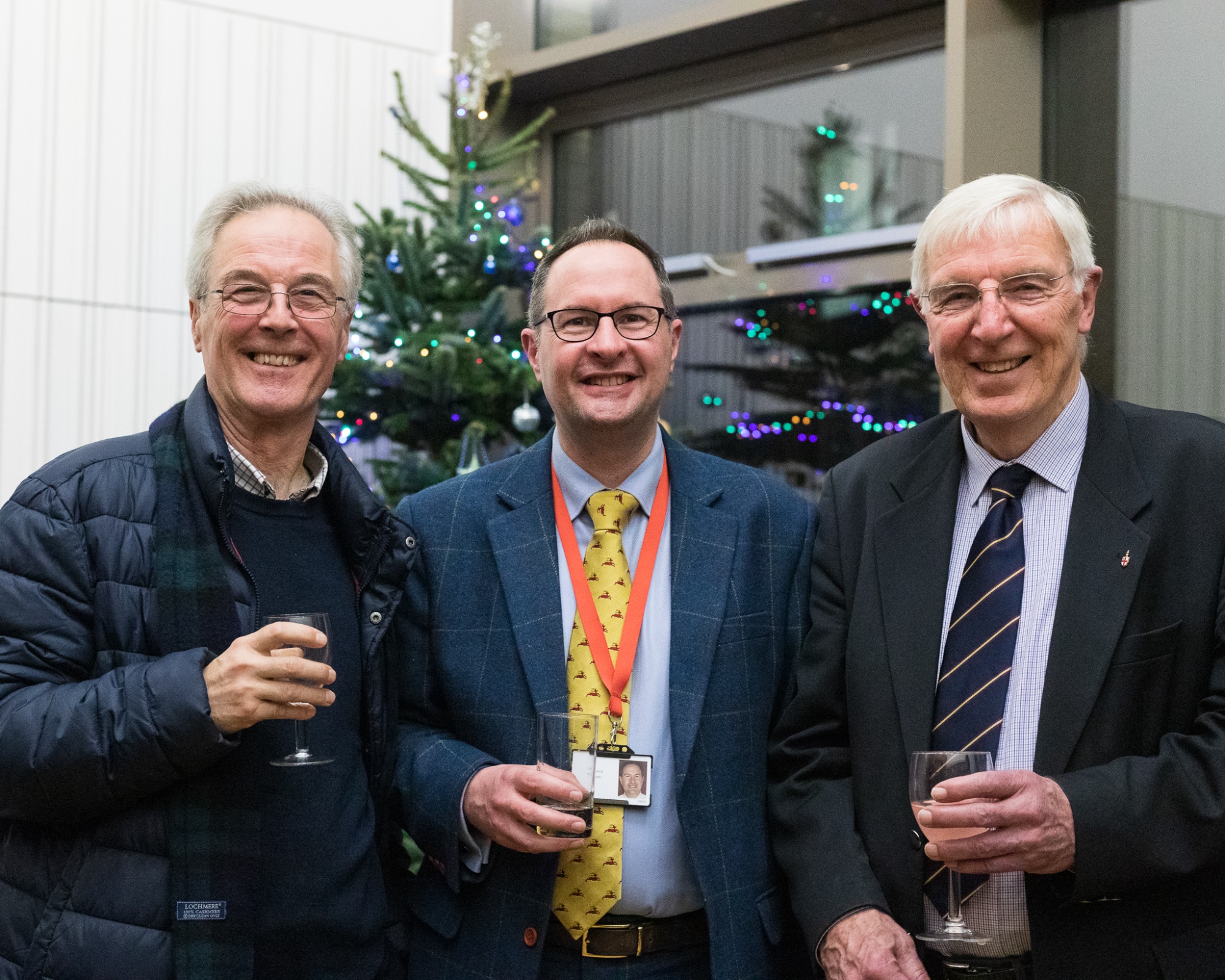 Encore! was a 90 minute concert of special performances arranged by Natalka Eaglestone, Assistant Director of Music and Tim Peters, Musician in Residence.

There was a rendition from all the staff in the Music Department where they musically described a week in the life of Paul, a performance of Summer of 69 changed to the Summer of 85 and a number of performances from the 16 Alumni students who joined the concert, including leading ladies from past productions at Freemen’s. Rachel Thornhill, who left Freemens in 1999, did a beautiful performance of Someone to Watch Over Me with pianist Simon Rushby, who was the Assistant Director of Music from 1994 to 1999. They had last performed this together 20 years ago. The concert ended with the Freemen’s Staff Choir singing Thank you for the Music. 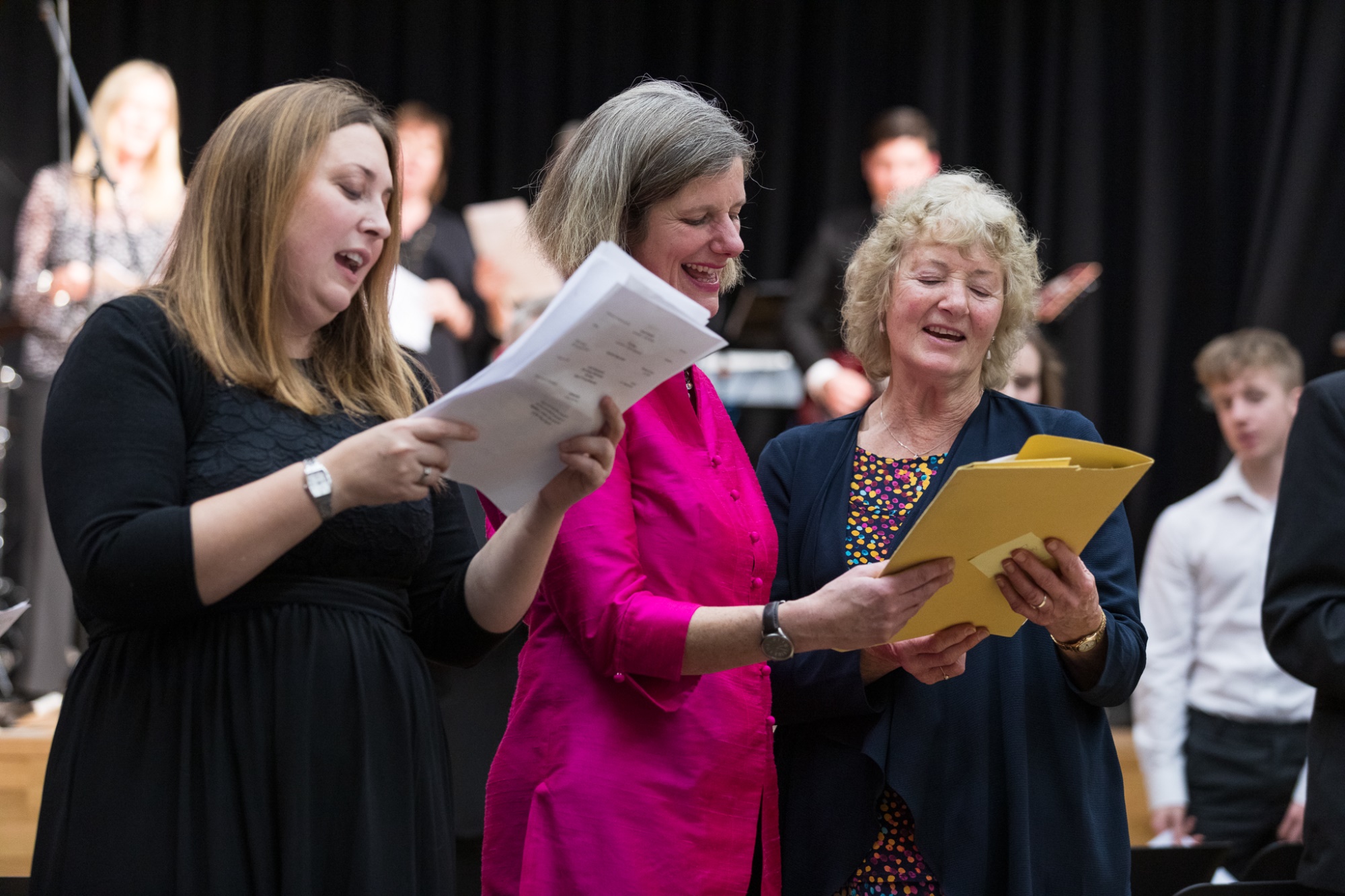 The Freemen’s band, Buskers, played during the reception following the concert and a special cocktail in Paul’s honour was created called Tuti Fluti. Paul was presented with a leaving gift and received a collage of caricatures of every member of the Music department. Paul was not aware of any of the details of the concert before Thursday and was overwhelmed as the night unfolded;

“It was amazing to see so many faces from the last 34 years. I was completely blown away that so many of the previous students came along and it was lovely to see them as they appeared during the afternoon before the concert. It was such a fabulous evening reflecting on the musicals I have been involved with and classical music connected to the memories I have with the School. One of the highlights was the duet by Alumni Clara Hutter and Laurence Belcher performing songs from the Phantom of the Opera. My time at Freemen’s has been a brilliant journey from the way the School was in 1985 to how it has transformed over the years.” 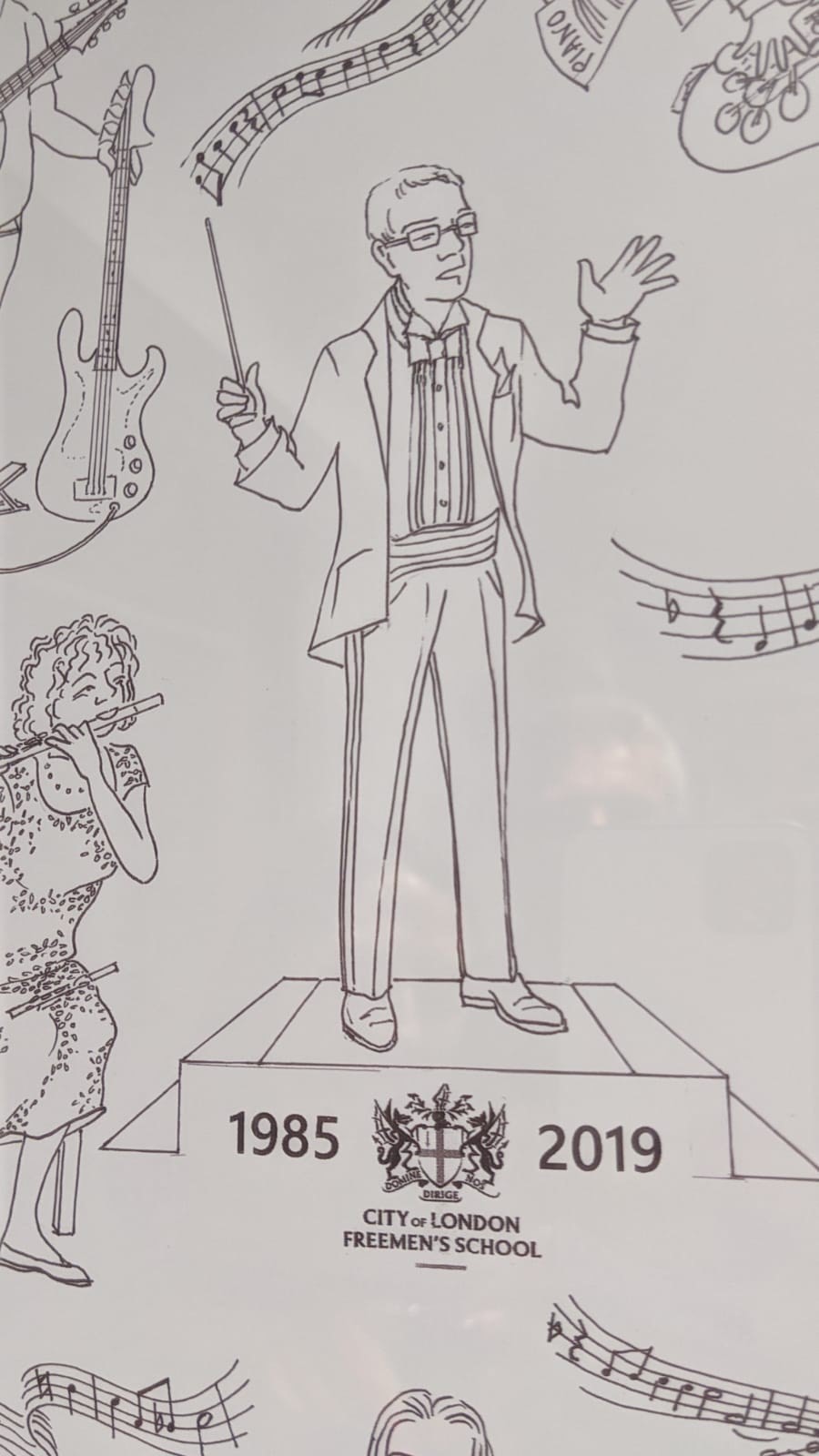 The School’s production of Oliver! performed at the end of November at the Leatherhead Theatre was the last production Paul was involved in. It received fantastic feedback from the audience and Paul commented on his involvement;

“Oliver! was a fantastic production and one of the best we have produced. It was a great farewell present and I would like to give a huge thank you to Joanne McCullagh for allowing me to pick Oliver! for this year’s choice. I felt it was fitting with the foundations of how the School began and the being set in London. It was lovely to see the experienced Seniors working alongside the Juniors who have only been with the School since September and a cross section of the whole School working together. The Principals were outstanding and the band were exceptional with 50% of the band being pupils from the School.”

The audience sent in their comments following the shows;

“Joanne McCullagh directs another stonker of a show Freemens Drama Oliver! was awesome.”

“Great performances all round. A great evening’s entertainment. Well done all, especially Paul Dodds whose last musical this was. “

“Totally brilliant performance. All involved should be delighted and proud. Best wishes to the marvellous and to be much missed Mr Dodds.”

“We didn’t want it to end! Incredible show!!”

In the last week of term before Christmas, Paul will be leading the Carols by Candlelight service on Thursday evening at St Giles’ Church, as he said a fitting way to finish his amazing career at Freemen’s. 60 students and a number of Alumni are expected to join Paul for the Carol Concert. Everyone is warmly invited to join us for our Christmas Carol Service at St Giles' Church on Thursday from 7.00pm.

The service will be followed by refreshments and entertainment in the Ferndale Theatre. The service is not ticketed, so please be prepared for a festive squeeze into the church. Doors open at 7.00pm and the service will start from 7.30pm.

The School would like to wish Paul all the best for his retirement and look forward to seeing him in January for his assistance in welcoming the new Director of Music, Mr Christopher Potts.  Thank you Mr Dodds.