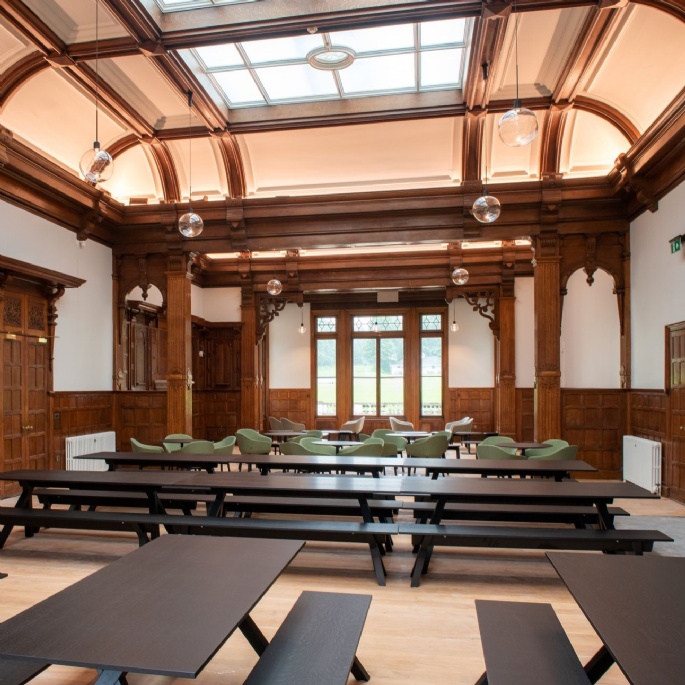 The Main House was highly commended last week at The Georgian Group’s Architectural Awards, held at the Royal Institute of British Architects (RIBA) in central London.

The awards, held annually since 2003, celebrate exemplary conservation and restoration projects in the UK and recognise those who have shown vision and commitment in restoring Georgian buildings and landscapes.

This year, Hawkins Brown Architects, were commended in the Re-use of a Georgian Building category for the work on the school’s Grade II* house of the 1790s, designed by Joseph Bonomi but executed by Samuel Wyatt, which the City of London corporation acquired in 1924.

The project, which cost £23m, has created new facilities for Sixth Form study in the building, respecting 18th and 19th century fabric while reversing the post-Victorian subdivision of key spaces.

Hawkins Brown introduced moveable and fixed furniture which allowed the newly opened-up spaces to be used flexibly and variously for teaching, study and socialising.

Adam Cossey from Hawkins Brown said: “We are delighted the Main House project has been Highly Commended in the Georgian Group Awards 2022. The project completes the latest phase of the campus works programme [for City of London Freemen’s School] and has both restored and reimagined the building for teaching and learning in the 21st century. It has been a truly collaborative experience and one we are immensely proud of.”

Headmaster Roland Martin added: “We are thrilled that the hard work Hawkins Brown dedicated to the project has been recognised. The Sixth Form space has been transformed to provide a safe, comfortable place students can use to aid their studies and socialise in their downtime, whilst keeping the aesthetics of this glorious building.”