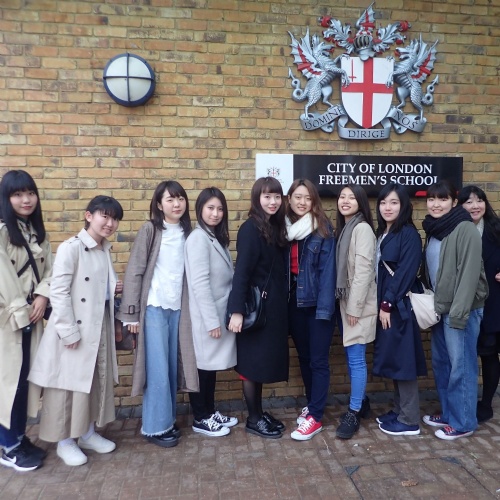 Over the past few days, Freemen's has had the pleasure of hosting nine students and a member of staff from Miyagi First Senior High School in Japan.

In 2016, Freemen's signed an agreement with Miyagi First Senior High School to create a closer working relationship between the two schools and to encourage cultural and educational exchanges. As part of this partnership, Freemen's hosted nine Japanese students over the course of a week to allow the students to immerse themselves in English culture as well as to give Freemen's pupils an insight into Japanese life and traditions.

The students spent an exciting week in the UK, enjoying lessons at Freemen's; a day with Freemen's host families and a visit to Thorpe Park with Freemen's boarders as well as exploring the sites of London, Windsor and Eton. Whilst at Freemen's the students shared some of the traditional elements of Japanese culture including teaching the art of Japanese calligraphy, origami and hosting a Japanese tea ceremony. In exchange, the students were able to participate in Sixth Form lessons including English, Art, History and the Free Minds programme as well as enjoying a fish and chip supper in Ashtead with Freemen's host students. 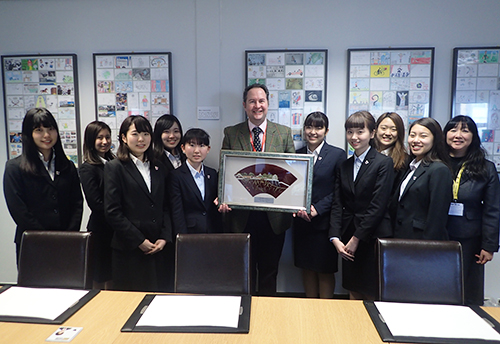 Headmaster Roland Martin said of the students' visit: "Nine young ladies from Miyagi First Senior High School, Sendai have spent a long weekend with us and I am grateful to the warmth that they have been shown by host families. It is very much my hope that the relationship between our schools develops in the years ahead and that it will not be too long before students from Freemen’s get to visit Miyagi Prefecture and experience a very different culture."