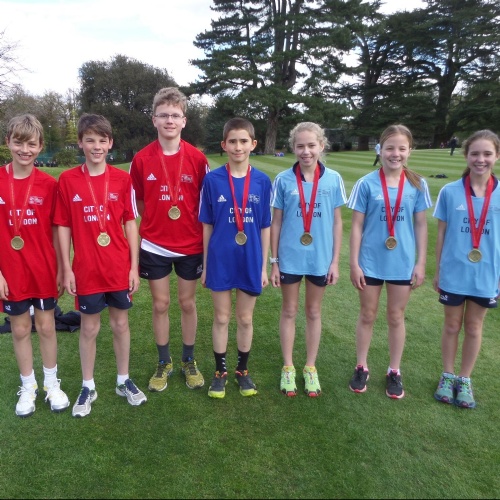 On Sunday the 24 of April, while 40 000 London Marathon runners were still fast asleep in bed, Freemen’s had its own budding athletes making their way up to London. Meeting at school at 6am was only the first obstacle to overcome, but once in the minibus it was a matter of getting into the City before the road closures prevented us from meeting our City of London Team Director at 7am. Fortunately, there were very few people on the roads at that hour and we cruised along the empty streets up to the Dowgate Fire Station, very close to the start.

The mini marathon is run along the final three miles of the marathon course, finishing  along The Mall, having run straight past Buckingham Palace. To qualify to run on marathon day, the runners needed to attend a trial in Finsbury Park and compete against others runners from the two City Schools, as well as anyone else living in the square mile who would be interested in competing.

The competition is incredibly fierce, with runners from all parts of England, as well as Scotland, Wales and Ireland attending. Understandably, the course is lined with spectators, some of whom are getting ready to see their loved ones finish the full marathon hours later, while thousands of parents file into every nook and cranny as close to the finish as they can, in an attempt to see their little darlings complete the course.

Conditions on Sunday were absolutely perfect, and our runners did not disappoint, producing some incredible times. Despite many of our athletes running weekly 5km events, it was very encouraging to see them knocking chunks off their times from last year, or just setting themselves a decent bench mark to break next year.