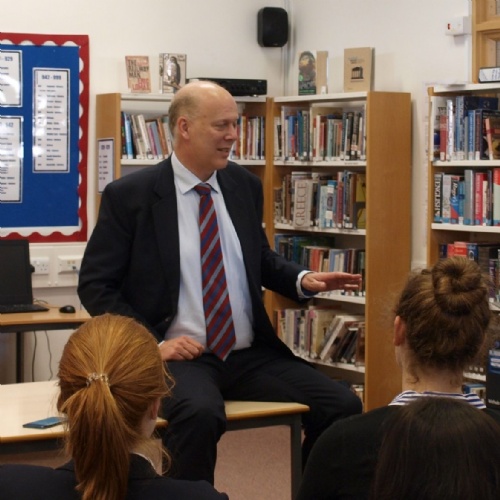 Sixth Form Politics students have a chance to address the MP

Divided into two parts, during the first half of the meeting the MP addressed written questions that Politics students had submitted.  He covered routes into Politics (revealing the well-hidden secret that he had originally been a member of the SDP), devolution, House of Lords reform and voting systems in the UK.  There was then a general question-and-answer session, which included admission that he had “held discussions” over what to do should the Brexit document not pass the Commons on 11 December.  Other topics included housing and the role of the MP – whether it was to represent, or to act on behalf of, their constituents.

The event was very well attended, with many students from below Sixth Form level choosing to take up this exciting opportunity to listen to and converse with a high profile MP.