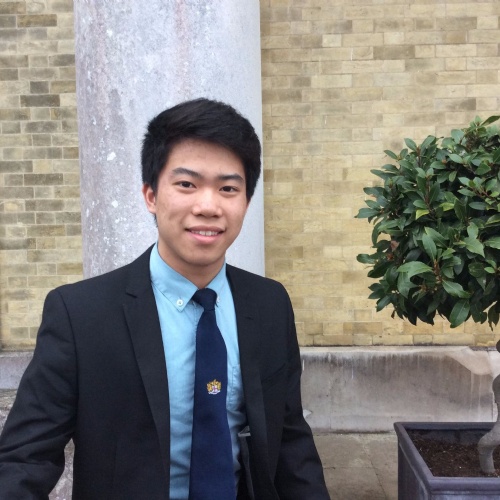 The last few weeks have proved remarkably successful for Alex Tam. He has managed to start preparing for A levels whilst securing an ACTL in violin, an important music accolade from Trinity College London.

This diploma is the equivalent standard to an undergraduate’s achievement at the end of their first or second year at Music College. For Alex, this was familiar territory having secured last year an ACTL in piano already.

Alex is the first Freemen’s student to achieve not one but two of these accolades, Mr Dodds, Music Director explained; “For a school student to pass one (but even two) is quite a remarkable achievement – a first for Freemen’s.”

ATCL diplomas can be taken by external candidates, usually by students 20+ or even older. The exam involves a 20-minute recital plus various sight reading / aural tests plus a viva.

Alex has managed this outstanding achievement ahead of work preparations for his A-levels in Physics, Chemistry, Maths and Further Maths.

Despite this, he still found time to answer a few questions about how he took up music, his musical favourites, and share some advice:

How did you get into music?

I started playing piano at four but I didn’t like it initially, I was actually quite happy after I had an accident in the playground and injured my wrist which meant I had to leave it for two to three years.

I later took up the violin as it looked interesting. Now I like the piano more as I feel I am better and more confident playing. I learned how to play harmonica at my old school and was part of the orchestra. I also play the guitar as it is a really cool instrument.

How often do you practice and how do you balance it with school and friends?

I have a daily routine. I practice every day during the week and do other things over the weekend. I find practising easy as I see music as a hobby that relaxes me and gets my mind off studying. On a typical day, I will finish school and then practice a couple of hours before supper.

What advice would you give someone picking an instrument?

You don’t have to pick any of these four. Have a look on YouTube at people playing different instruments and see what you think. If you see one you think looks interesting or cool then give it a try.

Who is your favourite composer?

This is a hard one, just because there are so many 'favourites' to choose from. I'd have to say, Brahms, I really like his style and the expression of his music. I like how on some of his pieces you have to really bash the piano.

How did you feel taking the ATCL?

It was a little strange when the examiner walked into the room, by coincidence she was the same examiner who had marked me in the piano exam last year.  In that occasion, I was feeling less prepared but luckily she gave me a higher mark for violin.