I had a great morning coaching the girls

A day of numerous hockey events were run for the girls including a trip to see a premier league match between Slough and Caterbury, indoor hockey training, sports psychology workshop and a coaching session run by Rio Hockey Olympian Sam Ward. The Holcombe striker made his Great Britain debut against France during the series in October 2014 but was also part of the GB Rio squad this year. Sam is a natural goal scorer who isn't afraid to get in where it hurts in the circle, and applied these skills to a 'finishing' clinic run for the girls. 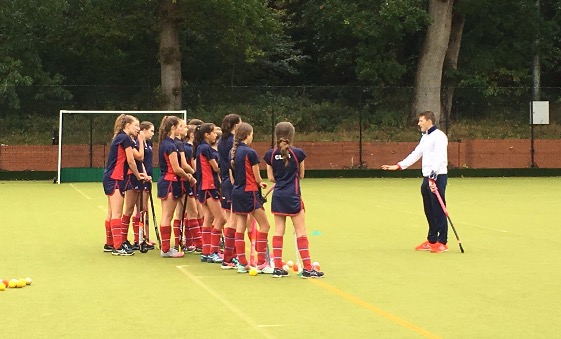