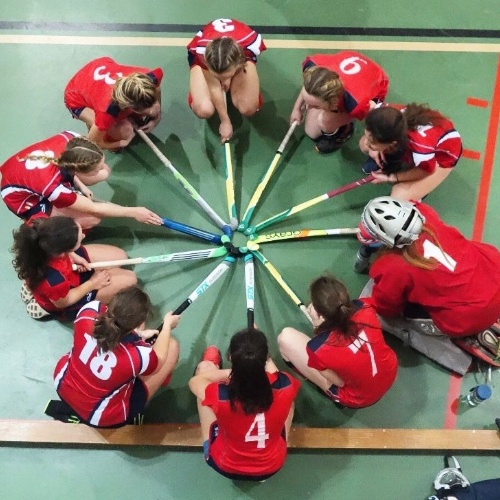 Having done extremely well to get through the Surrey rounds of the National Indoor Hockey Competition, the U18 girls were through to the Regional Pools, which Freemen's school were hosting. The group was full of tough competition, including Cranleigh, Bede's and Hurst (who we had narrowly lost to in the previous round).

The first match of the day was Hurst and we knew a win in this match would set us up well in the group. The team were working really hard for each other, putting everything we had done into practise, but one lapse of concentration resulted in a goal for Hurst. We went into half time 1-0 down. The amount of determination on display was truly awesome and within 30 seconds of the second half starting, it was 1-1 with Rachel Slater scoring off a short corner. With all the possession and chances going narrowly wide, the girls were starting to feel like a win was possible. With 5 minutes to go Evelyn Lawrence got the winner and the girls managed to hold the out for a 2-1 win.

Straight after this was Bede’s. We knew another win would take us through to the regional Finals. Abby Dopson, scored a fantastic breakaway goal and all we had to do was stay tight and keep possession. Unfortunately, they managed to get a penalty flick which they converted. With all the possession and Bede’s putting on a kicking back, it was a very tense last 4 minutes but we couldn’t get the breakthrough we needed.

Eventually, the win and the draw was enough to get through to the Regional Finals without needing a result off a very strong Cranleigh team. 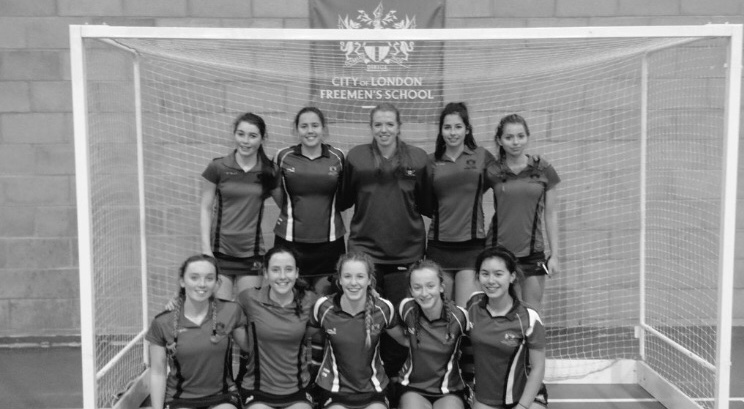