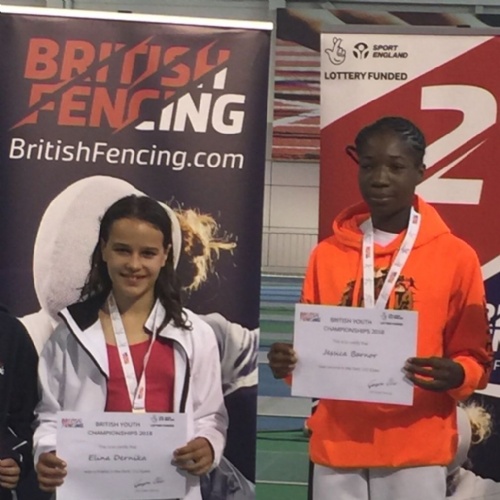 A couple of months ago two of our Junior School pupils E. Dernika and J. Barnor qualified to represent the South East region in the British Youth Fencing Championship on the Saturday 5 May at the English Institute of Sport (EIS) in Sheffield and both girls achieved excellent results!

They were competing at national level and it was hard work but they did very well. When both won their duels and moved to the first eight positions they then had to duel each other where, unfortunately, E. Dernika lost after a long and difficult duel. However, J. Barnor continued and won her next duel but lost in the finals to a good fencer, again after a difficult duel.

Both finished with national medals and strong positions. What a great performance and we at Freemen's are hugely proud of them both!