Success at the National Prep Schools’ Athletics Championships in Birmingham 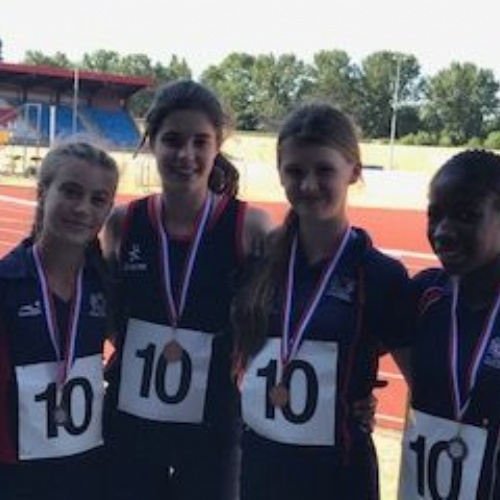 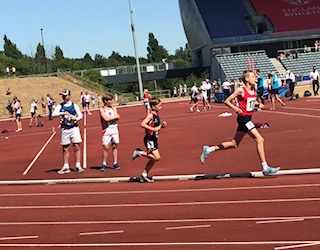 On Tuesday 3rd July, a record thirteen athletes travelled to the Alexander Stadium in Birmingham to compete in the National Prep Schools’ Athletics Championships after qualifying from the London Area meeting at Thames Valley in June.

The weather was warm and the athletes were enthusiastic and looking forward to competing on the national stage. First up after an early start was A. Steere who performed magnificently in the girls discus, making it through to the last eight and eventually finishing 7th nationally. C. Royle was next with a brave 1500m run in a stadium that was quickly warming up to oven heat! In both the triple jump and long jump, O. Hart and S. Herholdt respectively, in tough competition performed magnificently. J. Valkenburg ran brilliantly in the boys 800m against boys who were nearly twice his size, as did H. Ford in the 300m gaining a respectable PB. Other fantastic performances included L. Smith in the girls' U13 discus, A. Turner in the U12 800m after waiting around all day for her event and a very busy B. Taylor who competed in both the javelin and 800m.

Finishing off the day was the girls U14 and U13 4 x 100m relay (O. Hart, H. Ford,C. Fakkel & J. Banks). Heats were tough and the Lower 4 girls narrowly missed out on a place in the final but the Upper 3 team of P. Butcher, J. Barnor, S. Herholdt & C. Royle battled hard in their heat and were rewarded with a finals place. The scene was set and with a determined approach, competitiveness and slick changeovers the team crossed the finish line in a well-deserved 3rd place gaining bronze medals!

Fantastic achievements by all our competitors and a great day for Freemen's athletics. 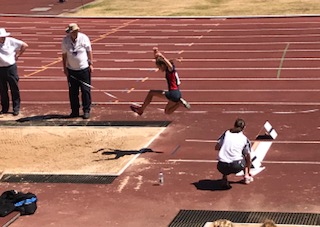 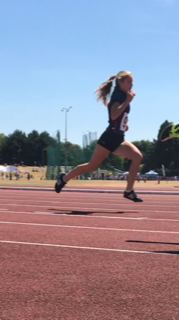