The Junior school is one of just five schools in the United Kingdom to launch its own Minecraft club.

Five Junior School students have created one of the first school Minecraft Clubs in the country.  A new safe and enclosed version of the popular programme, which allows players to create their own worlds,  was released in November, meaning schools can set up their own clubs.

The Club is not just a computer game club, however. Simon from Tablet Academy, who came in to support the new group, believes Minecraft develops "critical thinking, problem solving and collaboration".

"It also allows the children, who may not be used to be the highest achievers in other subjects, to improve their leadership skills, take ownership and drive how technology is used," he adds. 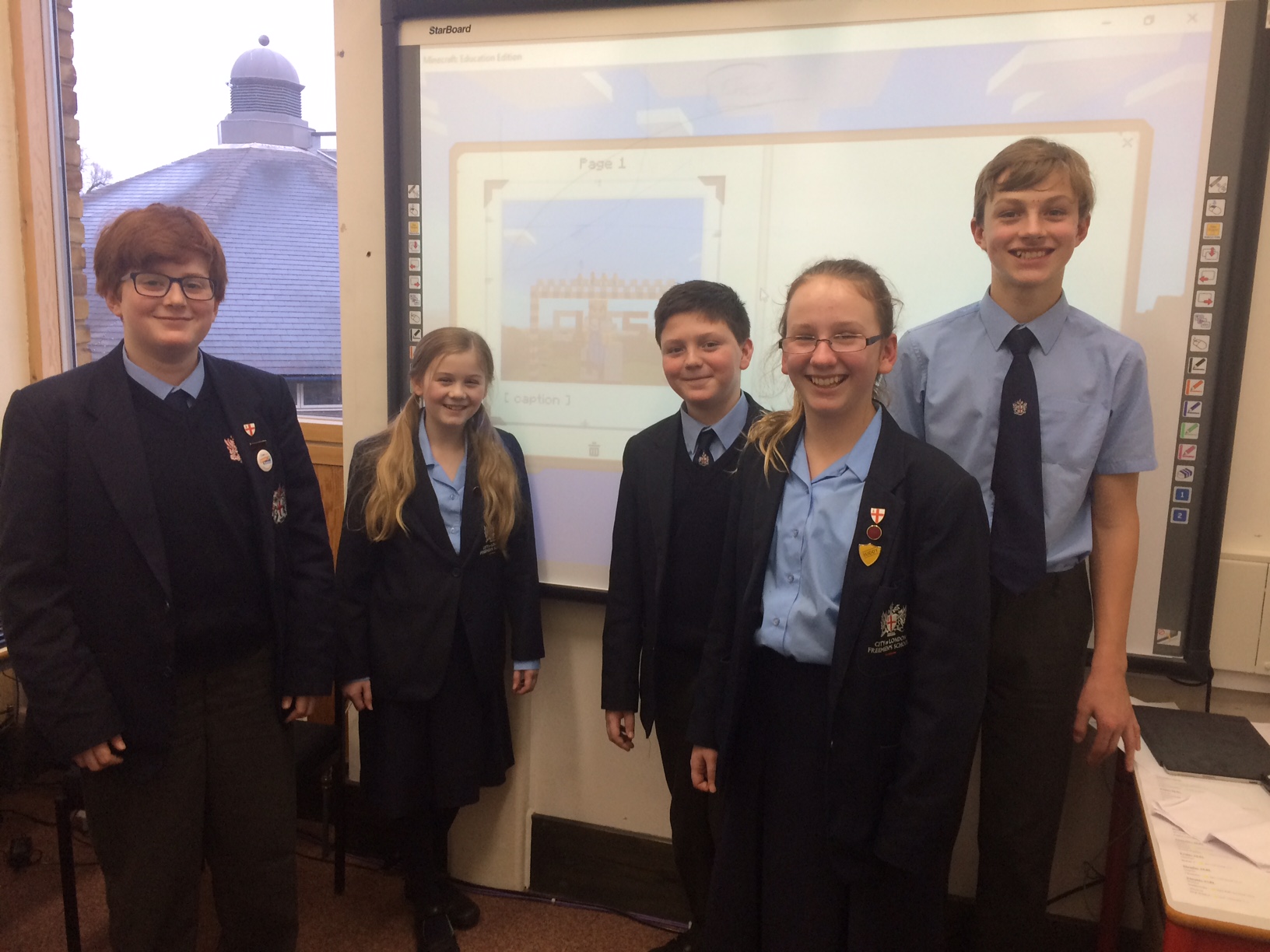 The Club members' skills may also expand into supporting lessons and offering teaching opportunities, suggests Mr Robinson, Head of the Junior School: "Ideally, in time,  if a teacher wants to do something in a history lesson, for example, the Club can create a virtual world for the teacher to use in class."

At the time Freemen's Junior's Minecraft Club was set up, there were only five others in the United Kingdom. The Club meets every Monday lunchtime to develop their projects, the first one of which is mapping the whole school.