Ollie gained six 9s, three 8s and one 7 in his GCSE exams

"My hard work has paid off - I'm thrilled. And I even achieved higher grades than expected in the ones I worked hardest for" explained Ollie, who will be going on to study A levels in Chemistry, Physics and Mathematics at Freemen's. "I'm really excited to be moving on to the Sixth Form and focussing my studies on three key areas and going into greater depth, as well as making friends with new students joining the Sixth Form and having greater freedom."

Ollie credits his successes with very fast feedback from teachers on his tests. "The teachers were incredibly supportive. It's a challenging time for pupils, and the advice on dealing with and tactics to reduce stress and pressure were invaluable." 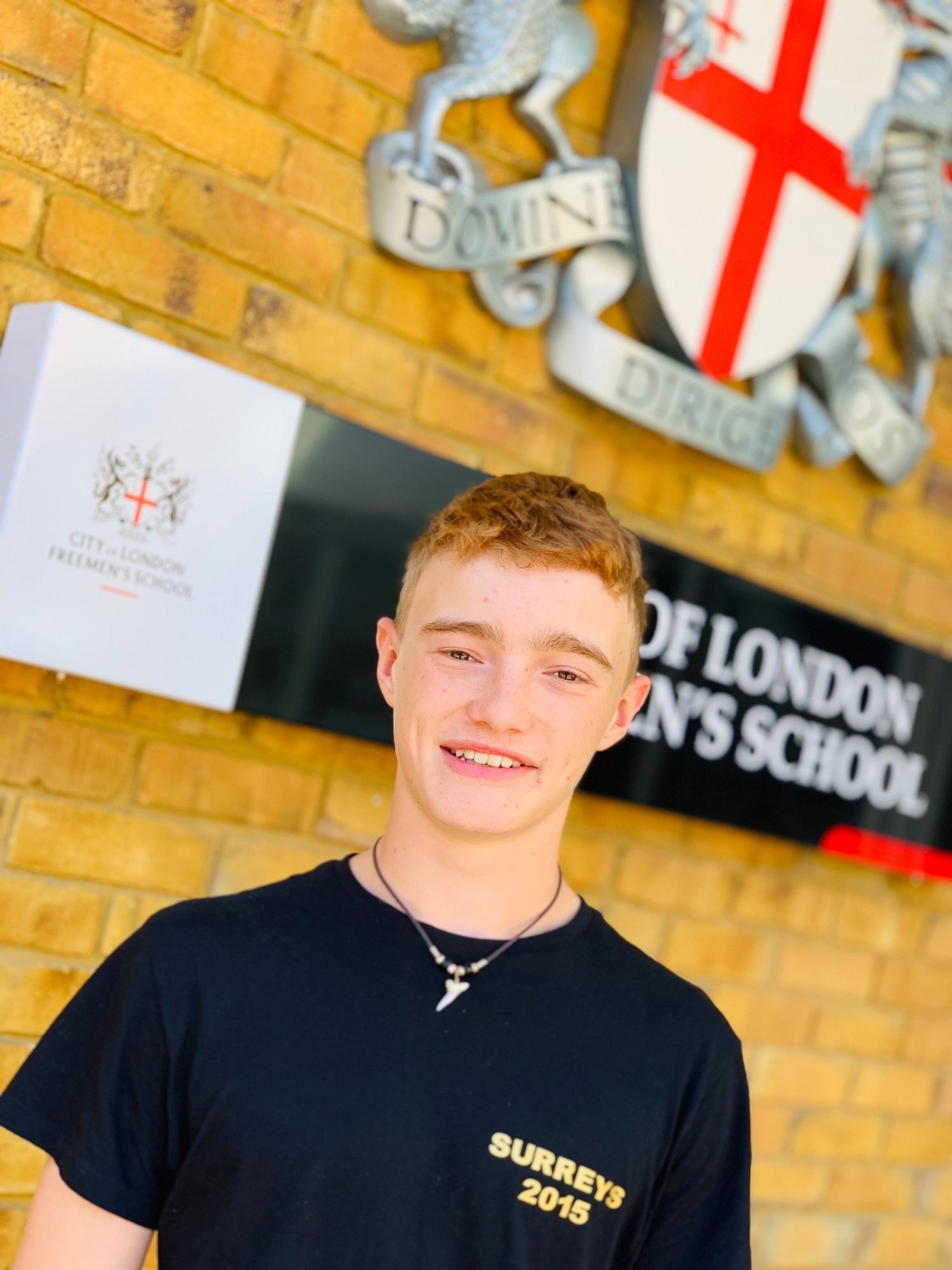 There have been many highlights in Ollie's time at Freemen's since he joined in Form 1. "I love drama, and really enjoyed the opportunity to take part in plays like 'Pirates of the Curry bean' and 'Tempest' as well as the Jennings poetry-reading competitions." Swimming is a huge part of Ollie's life. "Competing in the Bath and Otter Cup in the London Aquatics Centre was a huge highlight for me at Freemen's." Ollie has certainly made the most of the opportunities afforded him at School - he was proud to be a Junior School prefect and completed both his bronze and silver Duke of Edinburgh's Awards. "I hope to complete gold in Sixth Form."

Ollie's advice to next year's GCSE students - "Start your revision early, study the sylabus and make lots of notes to refer back to."