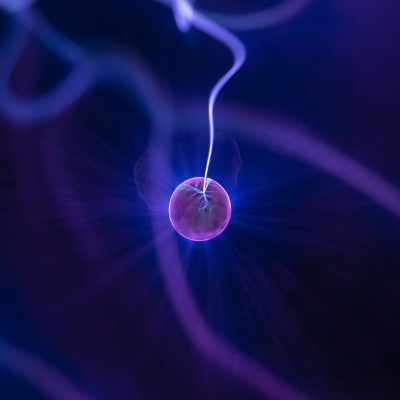 On a fine sunny day in early March, 22 Lower 6 Physicists set out to attend the Physics in Action Lecture Day. We were armed with hand gel and packed lunches and things, looking back on it now, seemed very 'normal'!

Lower 6 pupil, Penni, describes all the interesting speakers below that gave talks during the day.

“We were treated to a fascinating line-up of speakers, all of whom were passionate about their subjects and extremely interesting and engaging communicators.

Prof Clare Elwell described how she had managed to pitch to Bill Gates at a conference for funding for her project (and gained it): using infra-red technology to optically image African infants in order to investigate effects of malnutrition. She also discussed how the technology is used in a myriad of different medical applications and that IR radiation is not absorbed by bones making it so versatile for instance in brain scanning.

Prof  Lewis Dartnell inspired our imaginations with his research projects into the possibility of Life on Mars and other celestial bodies, with direct relevance in the planned launch of an ESA probe in the relatively near future. His methods of searching for the correct molecular content in planets and atmospheres to support life were clearly described and accessible.

Trevor Cox, an acoustic engineer, enlisted a talented opera singer to demonstrate how vocal chords work and the different methods of singing with and without amplification, he linked this nicely into the waves unit and showed how a frequency analyser can help with such analysis.

After lunch Lewis Matheson (who no doubt will have suddenly become even more popular with his well known Physicsonline youtube channel) talked about study skills - useful and relevant tips that our students will be able to carry forward with them and practise at some point in the not too distant future we hope!

We were then treated to Dr Jen Gupta describing how scientists explore and investigate the invisible universe using various aspects of the electromagnetic spectrum, in addition to how she ended up working in this field.

And finally Michael de Podesta completed the lineup in a brilliantly conceived and unforgettable explanation of how the world of SI units has transformed with time, and the reasons behind the redefinition of the kilogram ampere, kelvin and mole.

The students all found these speakers very interesting and they are undoubtedly better informed in just a few of the many ways that the world of science has such diverse opportunities for those looking to follow science based careers.”