Emily: "There's a feeling of belonging"

Emily achieved A* in Maths, Spanish and Music as well as As in Polish and Art.

Emily was nervous about the results last night. “It was quite scary, as it was hard to tell how I’d done. Everyone found Maths really tough so I wasn’t sure what to expect.” With an amazing set of results in the bag, Emily will now pursue a Music Degree at Cambridge University.

“I’m looking forward to having a choice in what I learn about whilst exploring my interests.”

Freemen’s was extremely helpful to Emily in her decision to study Music. “I wasn’t intending to study Music originally and was intending to studying Spanish. The School helped me swap my subjects around and catch up with extra sessions to facilitate the transition. All my subject teachers were really supportive, especially Mr Dodds, Mrs Willis-Jones and Mr Prior who helped me with extra Maths lessons.” 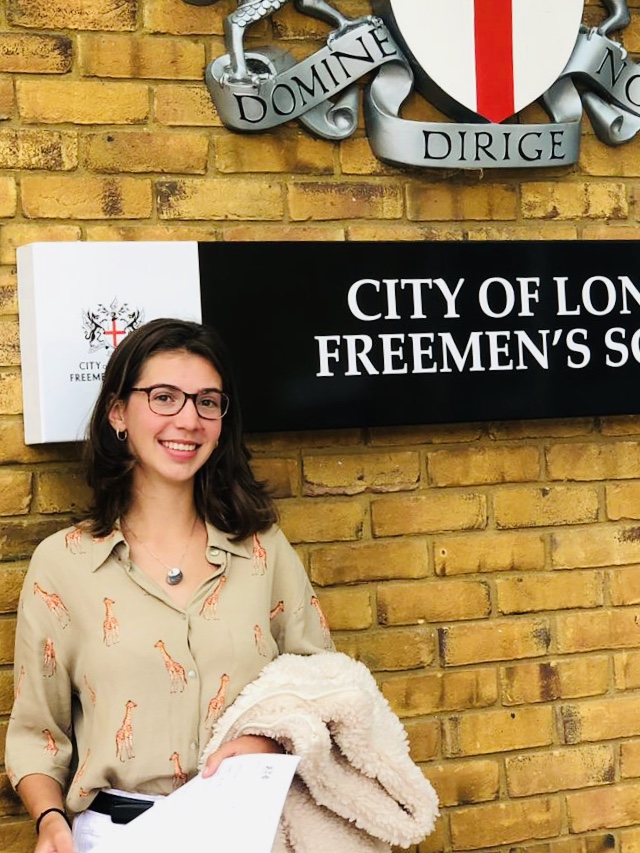 Emily joined Freemen’s in Lower 2 and will miss the people and the environment the most, especially the Music department. “There is a feeling of belonging to the Music Department and I’m sad to leave all the groups I’ve performed concerts with.”

Emily says her biggest challenge during her time at Freemen’s was trying to balance subject work while being involved in music, sports and being social and trying to have fun.

Her advice to next year’s Sixth Form students is to start early, be consistent and not rush into things. “Leave yourself more time that you think you will need.”