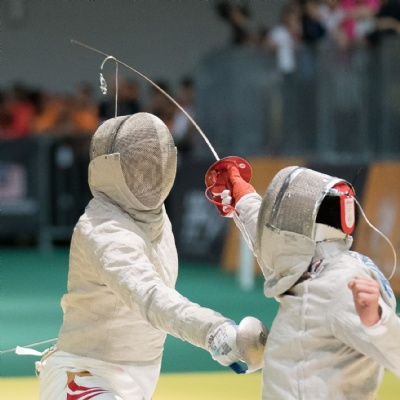 Well done to the Freemen’s pupils who competed in the South East Youth Fencing Competition held at Whitgift School in Croydon last weekend.

Open to a huge number of fencers, the competition is used as South East regional qualifier for the British Youth Championships, which will take place in Birmingham in May this year.

Junior School pupil Elina came 2nd overall, competing a year above in the Under 14 Epee Competition. She was beaten by Upper 4 pupil Jessica who came 1st overall. Because year groups are based on year born not school year, Upper 4 pupil Sophie was involved in the U17 ‘Cadet’ Epee competition. Competing with girls in her year of birth and the one above, she fought hard and also gained a Gold medal, a fantastic achievement!

Congratulations to all three pupils who will be competing in the British Youth Championships in May!