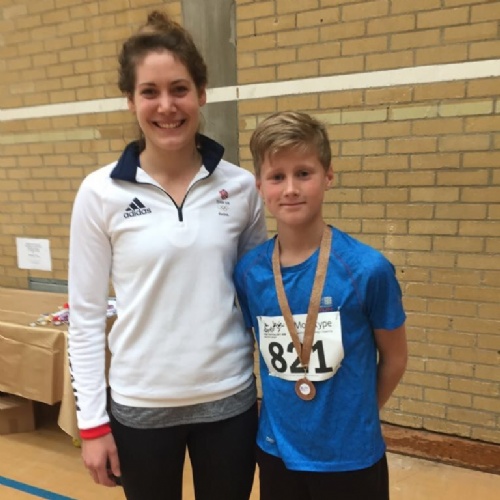 Dylan Luttig and Finn Hartley represented Freemen’s at the Biathlon Championships in Gillingham at the weekend. They competed excellently against fierce competition over an 800m run and 50m swim. Dylan got a bronze medal in his category and had his photograph taken with Kate French who is a GB Olympic Modern Pentathlete.