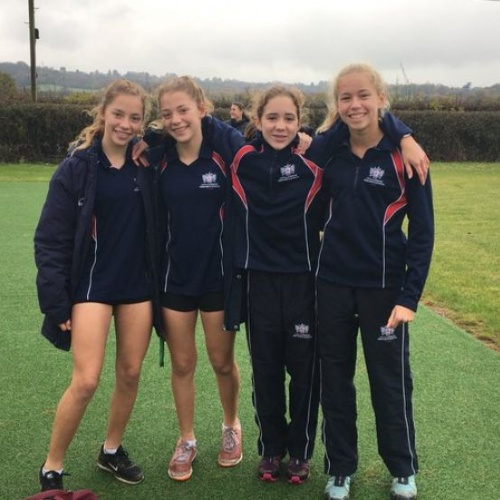 On Saturday 11 November the U14 girls’ cross-country team travelled to The Judd School, Tunbridge Wells, to participate in the regional finals of the English Schools Cross-Country Championships.

The team previously qualified by winning the district first round. That in itself was an exceptional achievement as the event was U14 and U15 combined. The course at The Judd was relatively flat in comparison to the qualifier, but the cold and wet conditions made the ground soft and uneven, making it a very tough race.

Kiara Valkenburg stole the show, finishing in first place, again in a field of U15 athletes. Lily Pearson finished in 11th place, with an exceptional finish gaining a lot of ground on her second lap. Amelie (40th) and Ellie (42nd) Hartley completed the team and finished very much in the middle of the pack. Freemen’s finished narrowly in fifth position, with the top three schools qualifying for the national championships. We look forward to entering the competition again next year.